We all worked together yesterday to make a family favorite – dilly beans. They are basically green beans that taste like spicy/dill pickles. They are pretty labor intensive to make, so a cooperative effort is much appreciated. I actually thought I had already done a blog post about them, but a search proved me wrong. So here goes… 👍

We set aside about 7 pounds of the straighter beans as we picked to can or freeze – they fit down in the jars better… (I like the bean tips to all be up so it’s easy to pull them out of the jar.)

Once filled with beans, we added a clove or two of our garlic that has been drying. (It’s pretty potent, so we didn’t put the full amount of cloves in as the recipe says.) Paul went out and picked some of Grandma’s dill heads to add – 2 to 4 heads/quart. Then we added 1/2t of Michael’s ground hot peppers. For the brine, we heated up 3Q+1/2c of apple cider vinegar with the same amount of water. (Wish we could have used our homemade ACV, but we didn’t have enough made.) Stirred in 1.25c of Celtic sea salt, and brought the brine to a boil. Poured the brine over the filled jars to 1/4″ headspace. Had extra brine, and needed 3 more quarts to fill the last canner, so we played with cuke slices and spears, too. Made sure the tops of the jars were wiped clean, placed the sterilized lids on top, tightened the rings around them, and water-bath canned them for 10 minutes. Only had two jars’ lids “crinkle”, so we’ll just use them first. (They DID seal, but I’ll probably just keep them in my fridge.) We normally let them sit in the pantry for at least 6 weeks before we dig into them. 😊 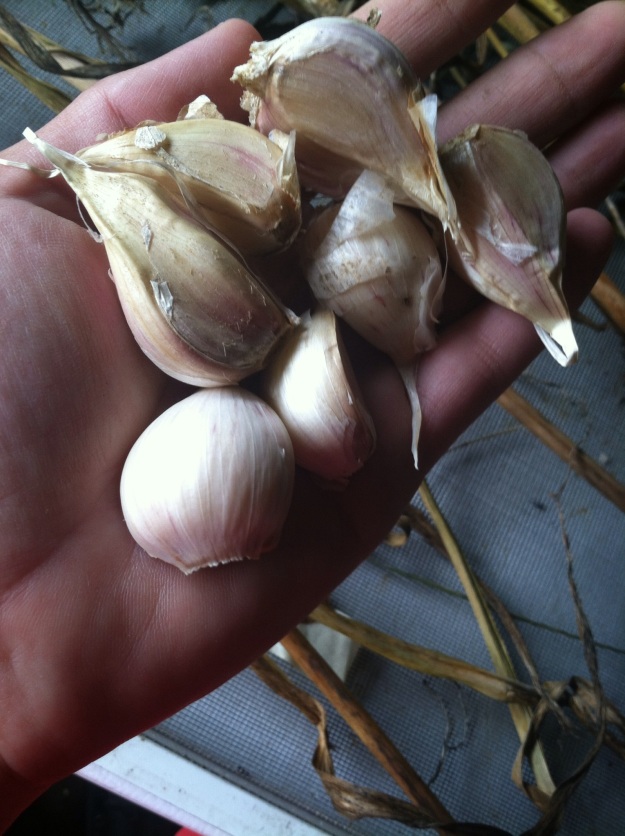 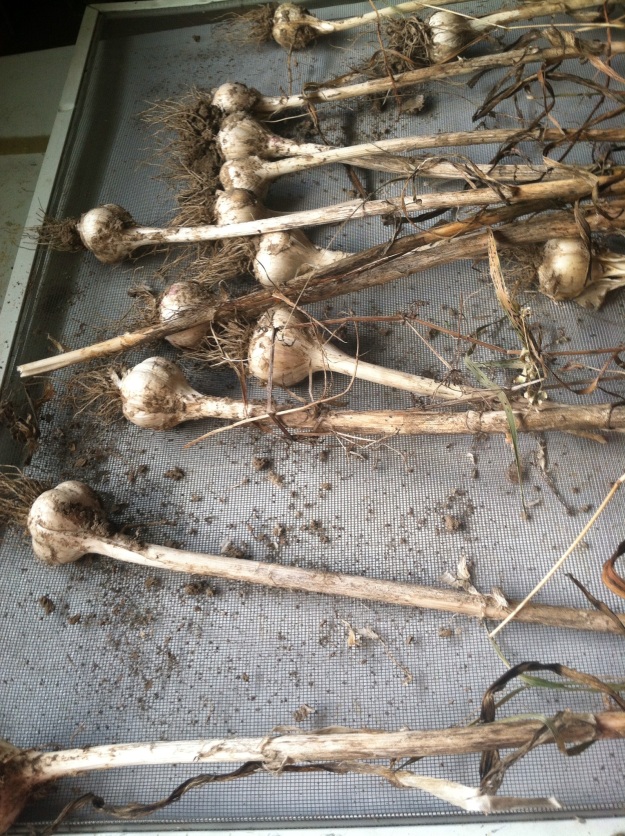 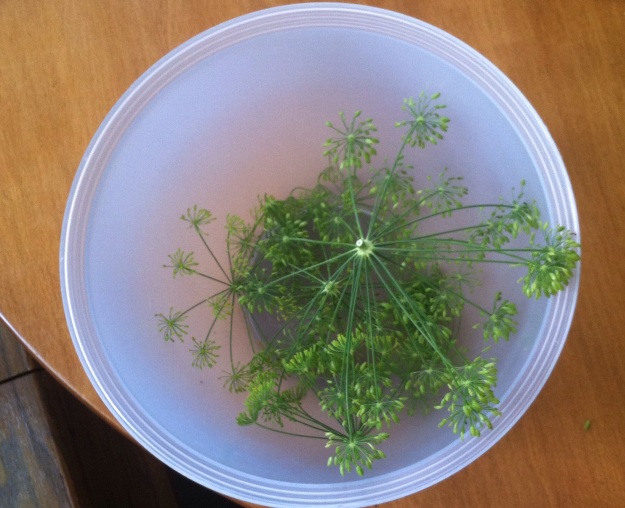 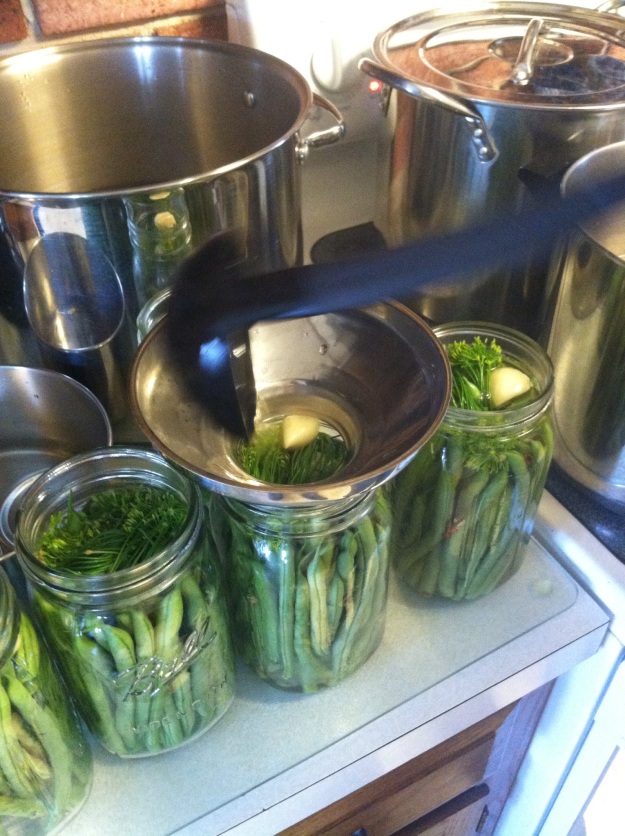 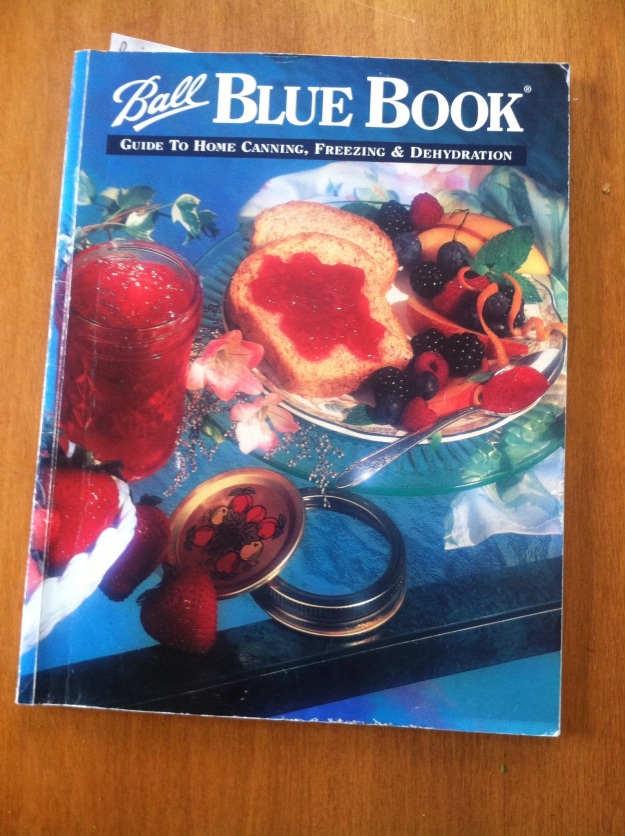 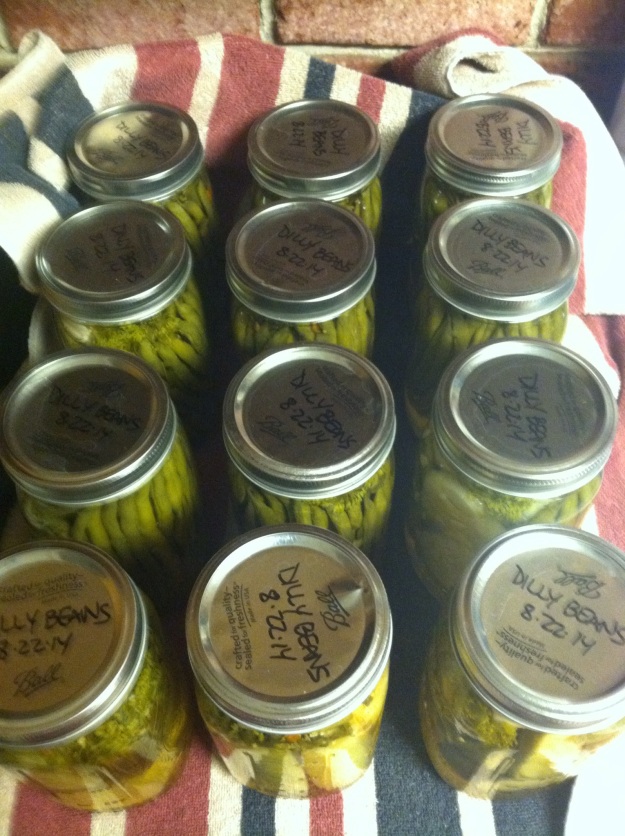 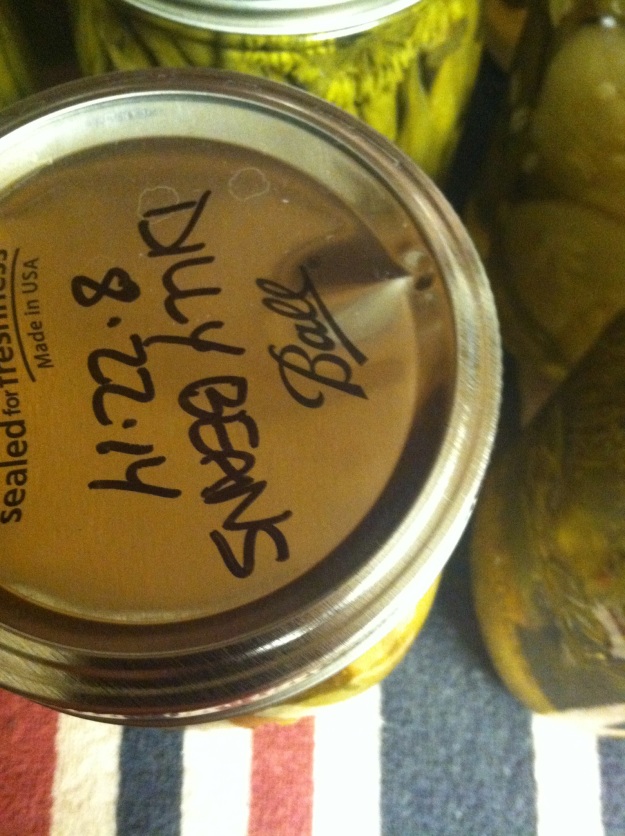