Here we go! Last night, Paul’s heifer (Fiskars) had her first calf, making it also our first calf of the 2015 season.👍 {Click here to see the post when Fiskars was born.}

And here are a couple other posts featuring Fiskars from the past couple years: https://robertsfarm2004.wordpress.com/2012/07/20/paul-fiskars/

So back to last night… It’s a boy! Paul named him “Chewy” (think Star Wars 😉). The boys were at youth group while Chewy was born, but Mike and I were blessed with being able to witness his birth. Mike even helped a little… 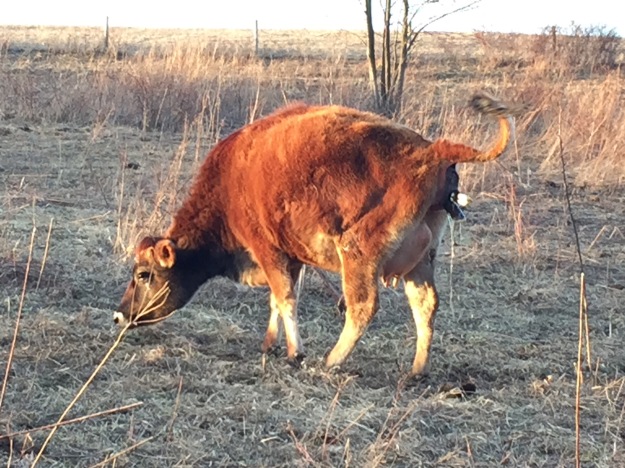 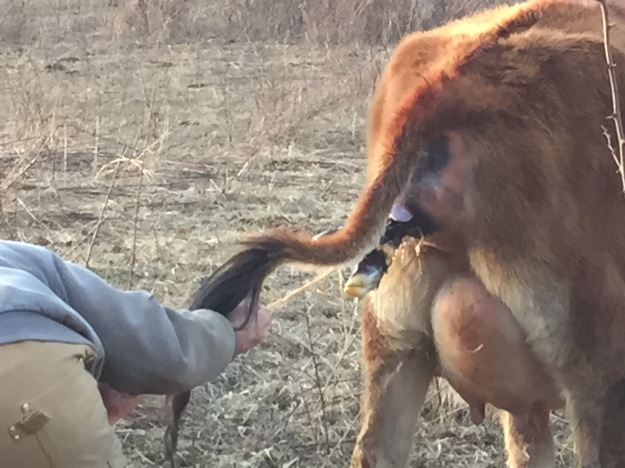 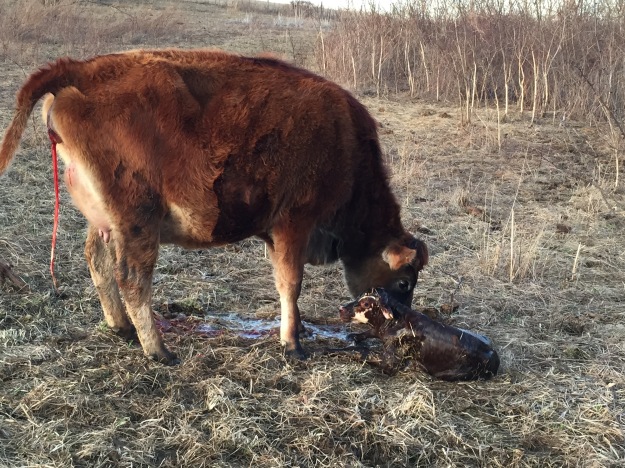 He’s a cutie! Now the next test – will Fiskars get him cleaned up and fed?😳 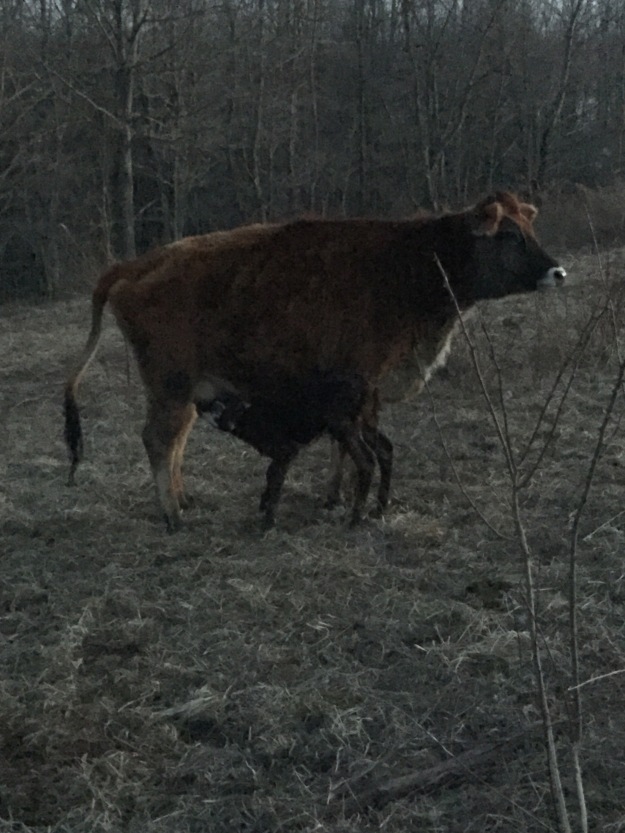 Yep!👏 So Paul decided to allow Chewy to stay overnight with his mama in the big field, and we would bring them down to the milking barn in the morning. (Gotta say, the control-freak in me wanted to just snag him up, bring him down to the barn, and feed him thawed colostrum since it was supposed to be 18° last night… But – we told Paul we’d honor his decision. We prayed about it together, and were excited for the adventure in the morning.❤️ 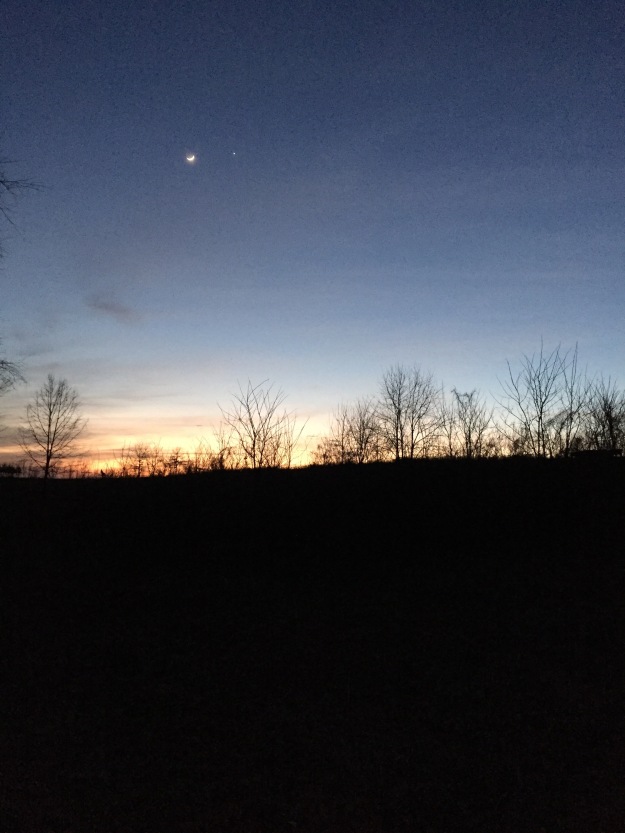 Mike & Paul headed up to the field first thing to check out the situation. Here’s what they found…😊 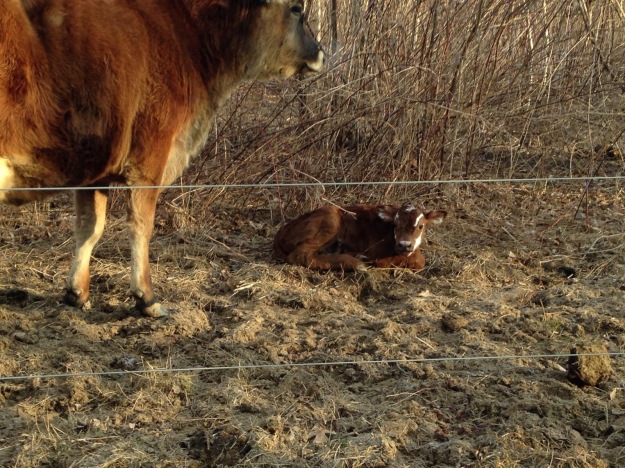 “Operation distract” started first. Mike fed hay to the rest of the girls to keep them from getting in the way of our parade. It was a success.👍

Next step was to bring Chewy & Fiskars down to the barn. Chewy was THE most laid back and calm calf we have ever had, lol. His tummy was full and he had ZERO ambition to walk ANYWHERE… By the time the 4 of us were ready to bring them down, Fiskars had stashed Chewy in the briar patch. That was fun getting him out, lol…😁 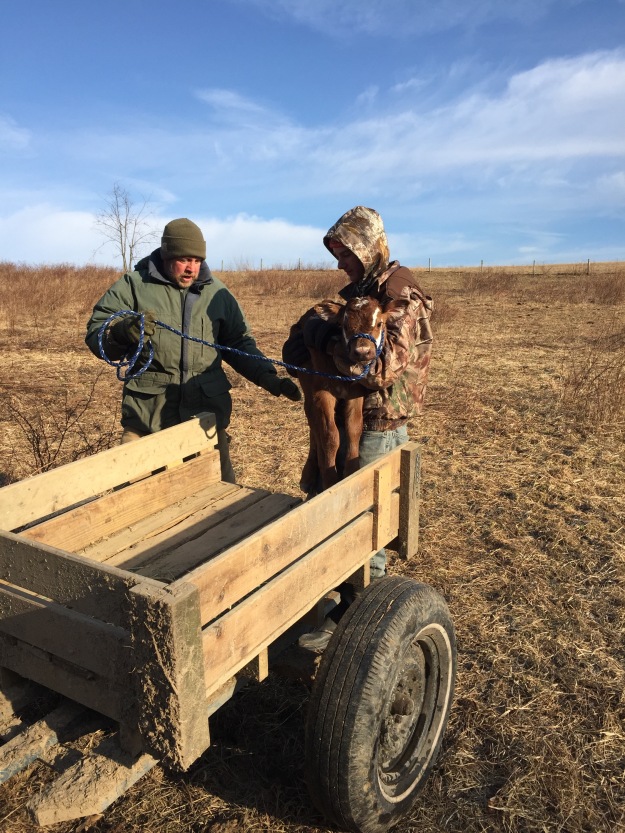 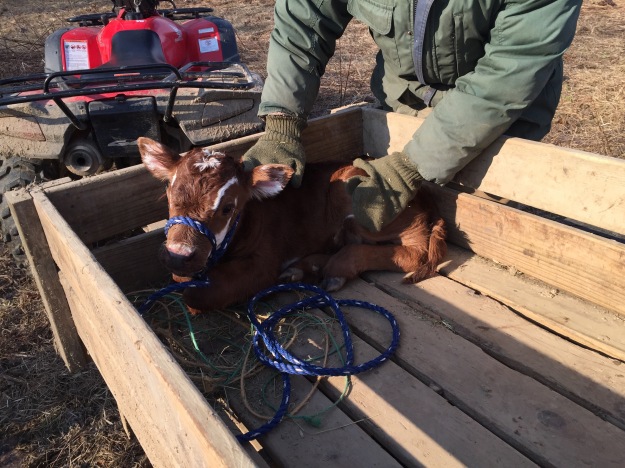 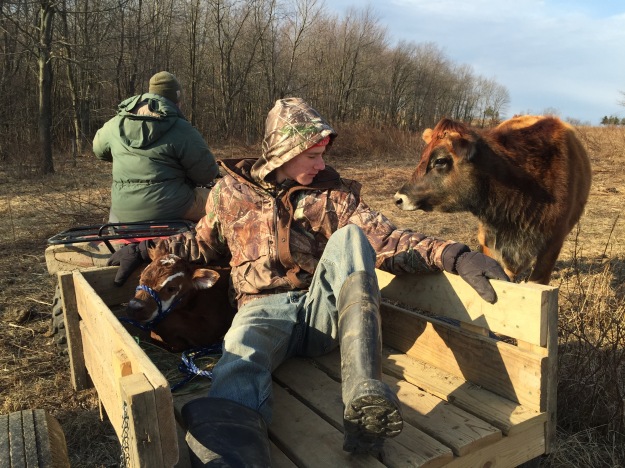 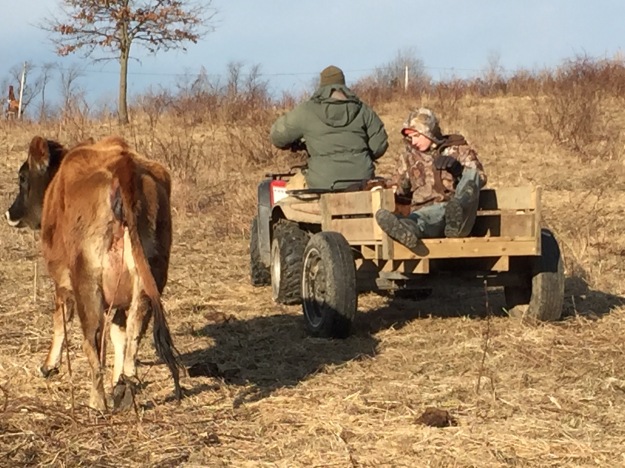 Fiskars contemplated participating in Operation Distract, but thankfully without too much prompting, she followed her baby through the gate and down to the barn.👍 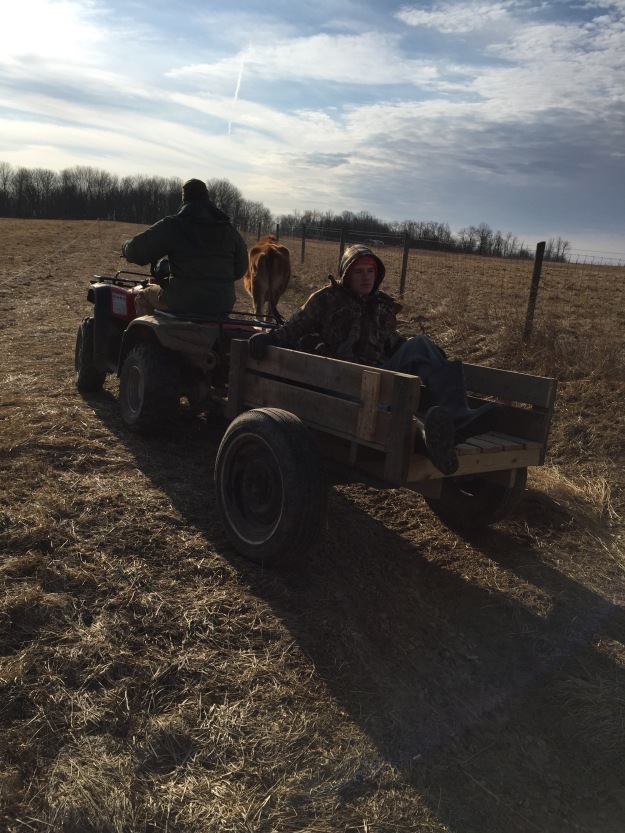 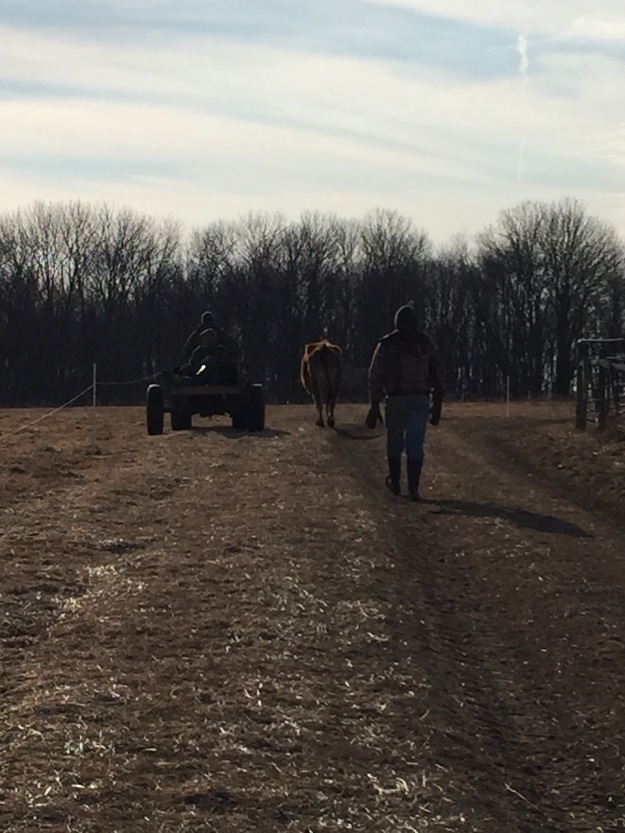 Fiskars did a great job milking for her first time!👍 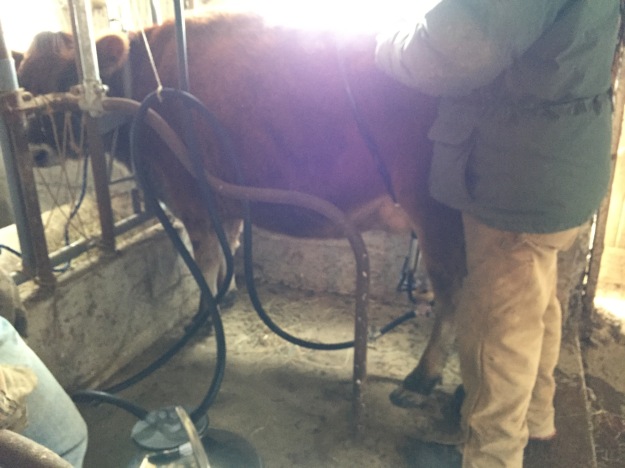 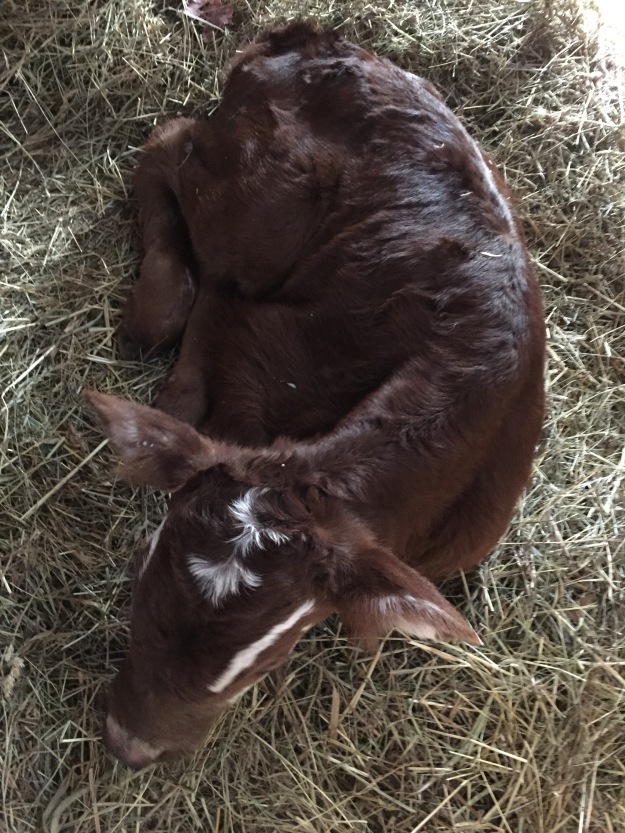 Cats were super excited for milking to start back up, too!😜

Thank You, Lord, for new life. And for allowing us to witness just a small snippet of Your amazing creation. Prepare us to handle whatever lies before us as we begin this milking season. Amen❤️