Michael’s heifer (Banana) had her first calf this morning! {Click here to see when Banana was born.}

Or here for another one.

This calf has taken FOREVER to pop out, lol… We cancelled our plans to visit with my Cleveland family on Sunday afternoon because she looked super loose and we wanted to be available to help her if necessary. But she never had it Sunday. Then we missed some baseball on Monday so we could run home & keep up with checking on her every 3 hours for any changes. But nothin’. And so went Tuesday, and Wednesday… We really felt the pull of that difficult line of where: making-yourself-available is very close to: you-are-acting-like-God-can’t-handle-this-without-you.😳 Sooo many good life lessons from farming!😊

And now we see a better picture of “why” Banana progressed as she did. The Lord was preparing her to have her first calf completely unassisted and without an audience. And we are pretty sure her calf is the largest one so far, as well. Mike and Michael were delighted this morning to find this in the field:

It’s a boy! His name is Gungi. (Apparently he is named after the only Wookie Jedi, as featured in the Clone Wars, lol.)😉

Before we could bring those two down to the barn, we moved Han over to join Chewy and Leia next door. 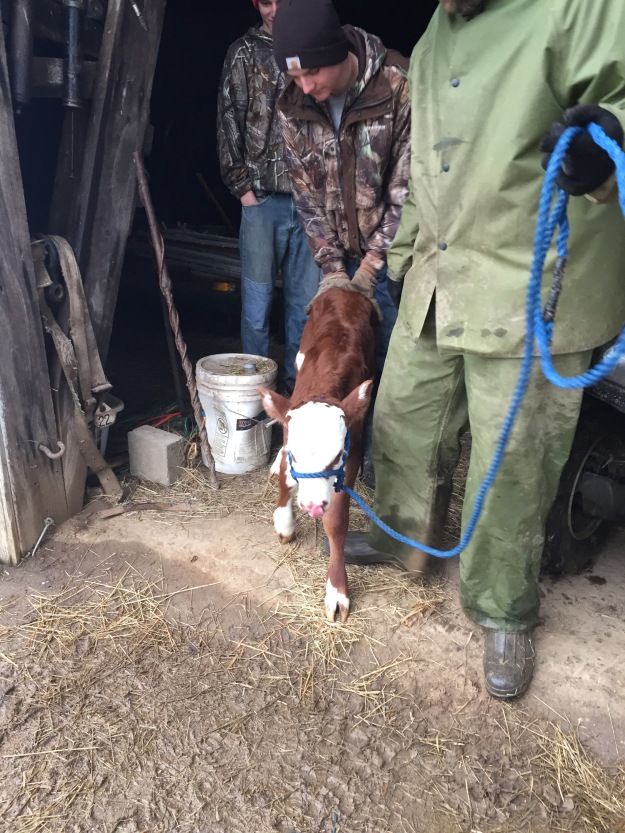 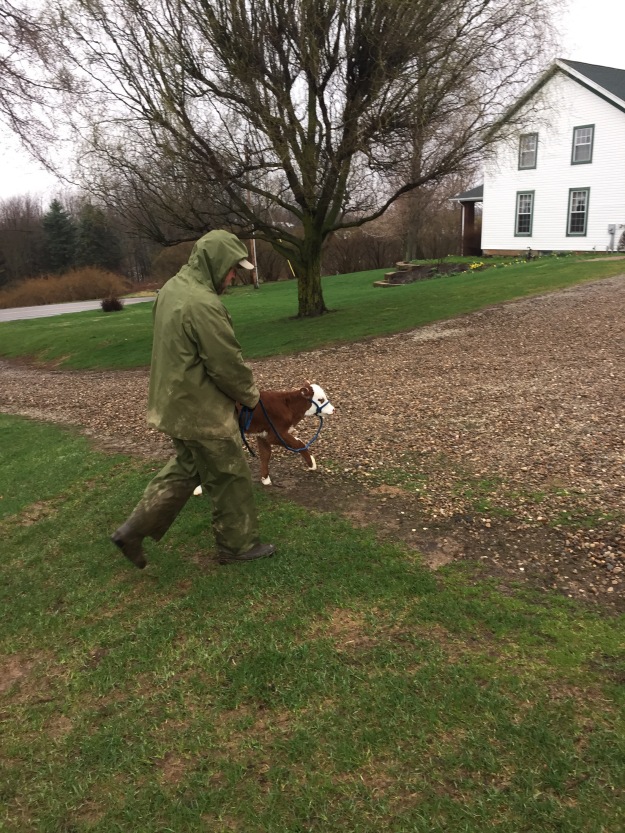 He was pretty resistant to the walk at first, and tried to play possom…😉 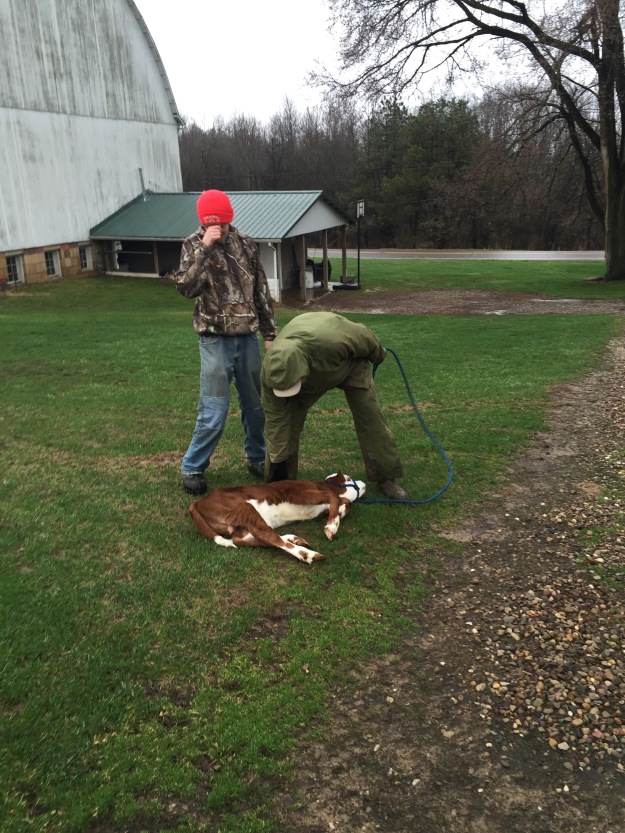 But he eventually caught on to the idea of walking…👍 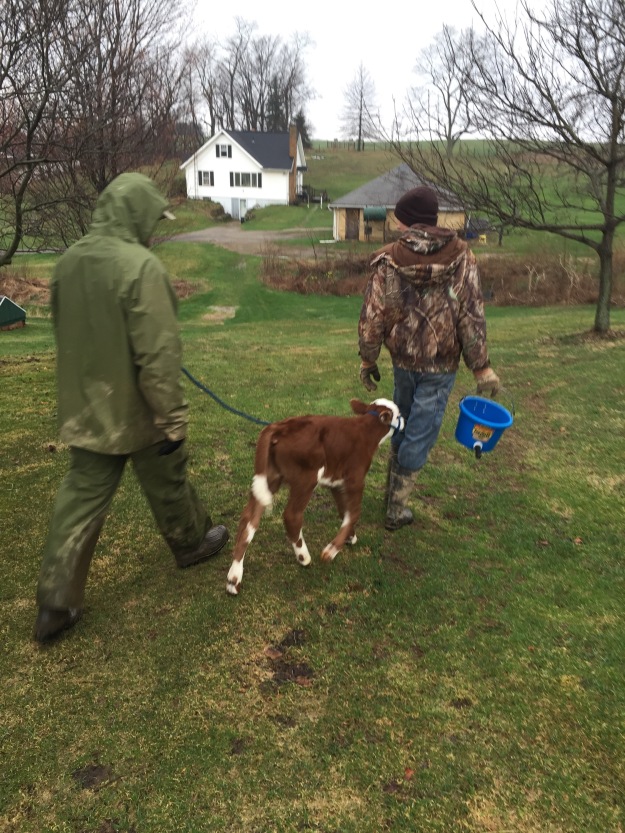 He was a bit apprehensive of trudging through our flooded yard… But some gentle persuasion helped.👍

He made it just fine.👍 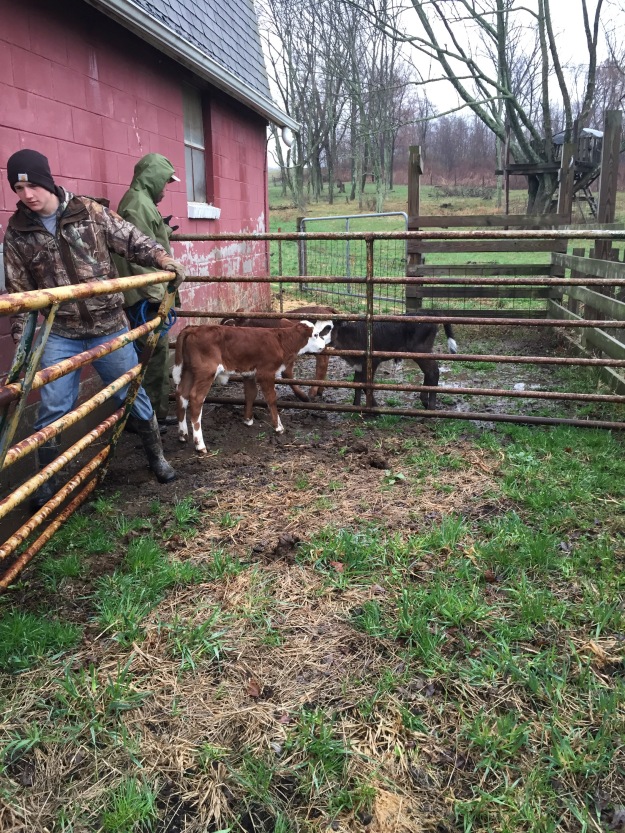 It’s a muddy mess right now, but thankfully that is just for a “season”…😊 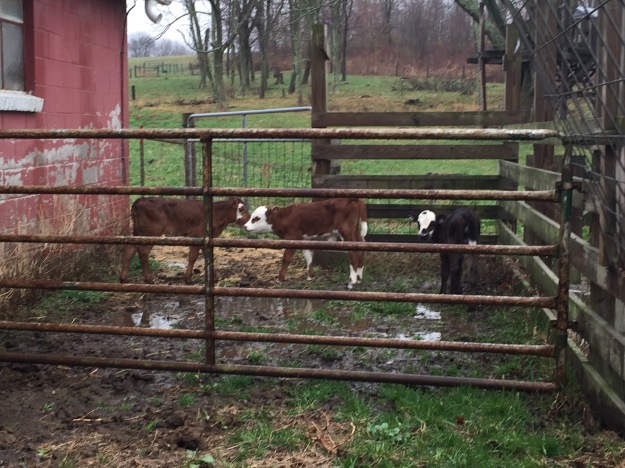 Then we headed back up in the rain and thunder to bring down Banana and Gungi. Pictures were difficult with all the rain and keeping feet stable in sloshy mud, but Paul did a nice job taking some pics for us since I drove the baby cart down to the barn today.👍 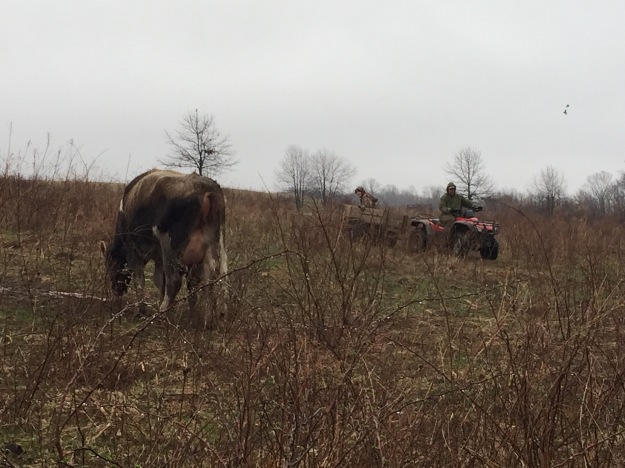 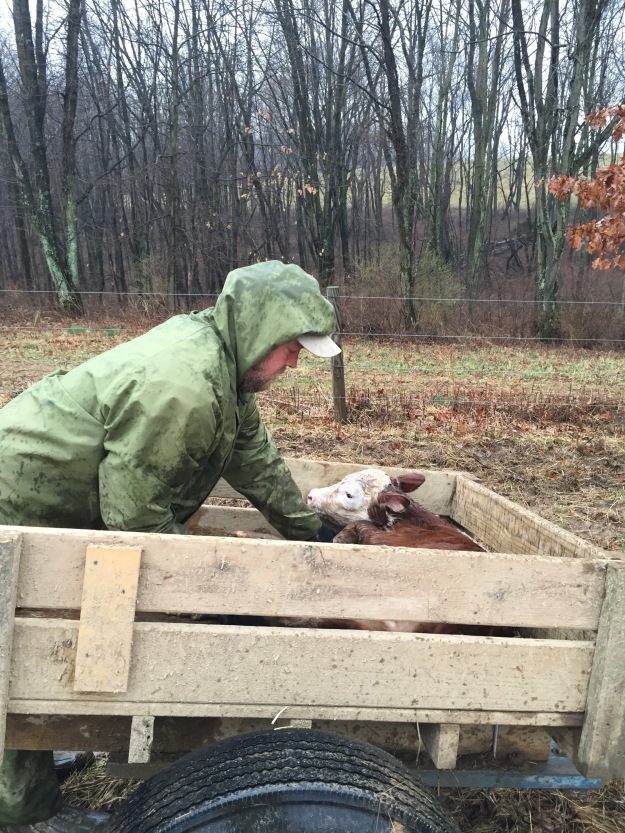 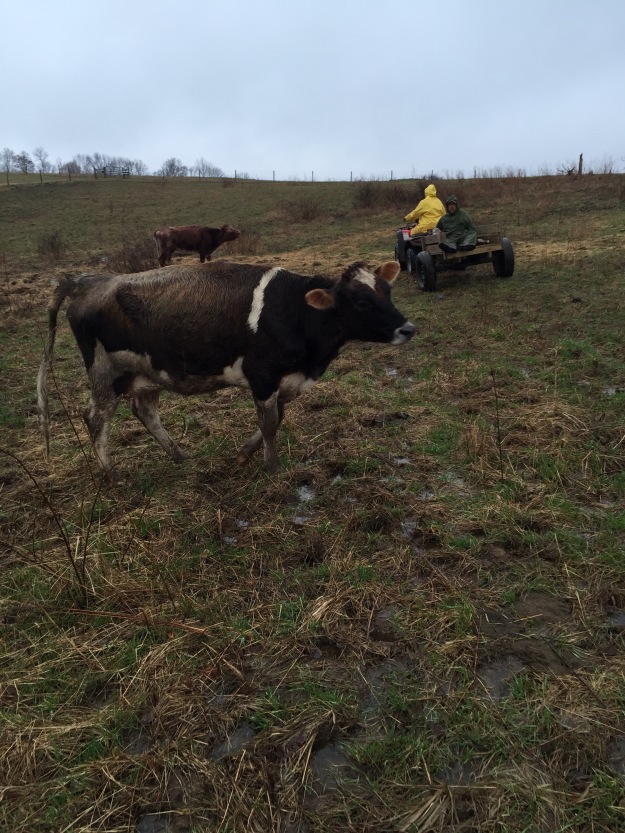 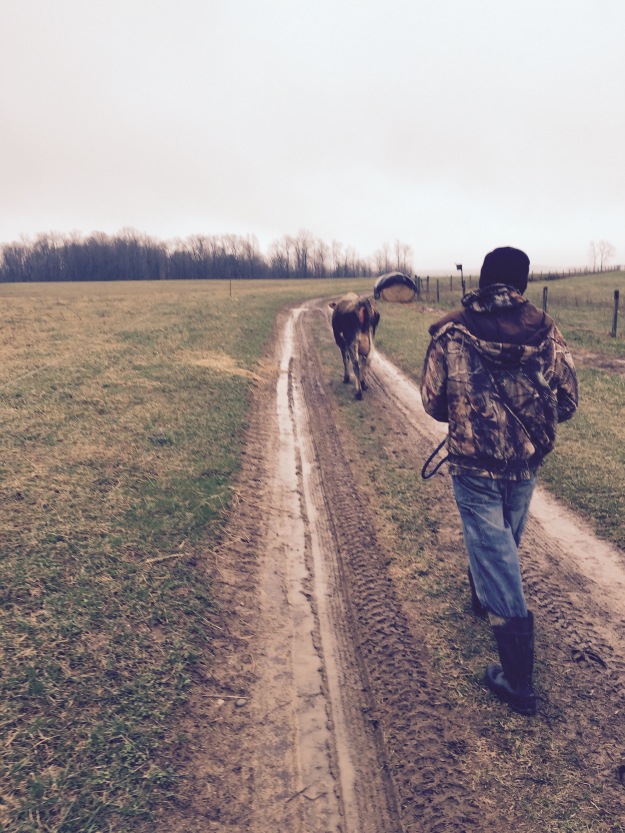 Made it aok! Thank You, Lord…❤️ 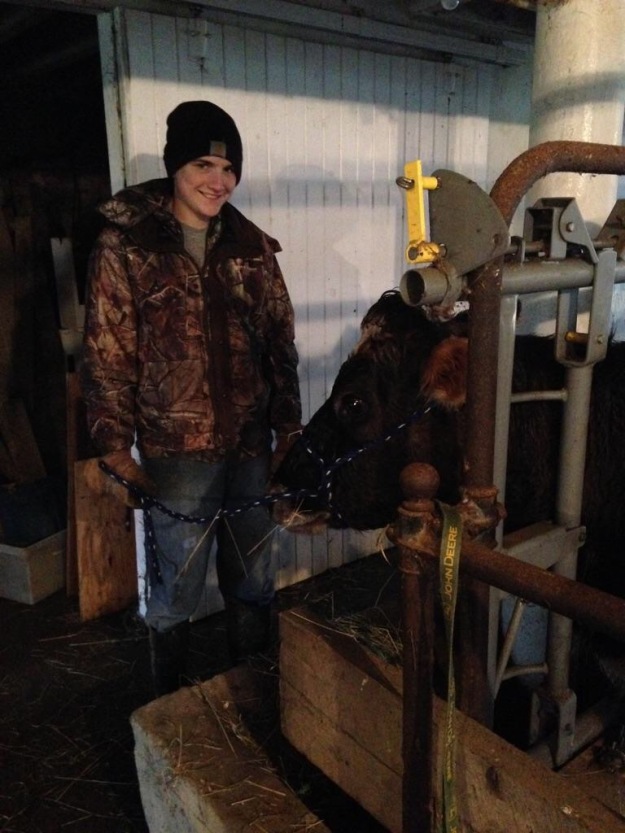